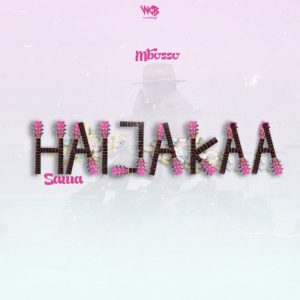 “Haijakaa Sawa” is a Bongo song recording by popular Tanzanian music artiste, singer and song writer Mbosso. The song was released as a single on March 22, 2020. The song official music video was just released in June. Its been picked as one of the top bongo songs for the month.

The WCB Wasafi artiste have always had a great year since he broke out back in 2017 and now there seems to be no stopping him, this is the second single he will be releasing this year, he’s been known for not dropping singles too much like most Tanzanian artists, but only release few top notch singles which he will ensure they all become big hits in the East African music scene. Mbosso Haijakaa lyrics are quite captivating which is whe song have gannrred over a million streams on the internet since the Bongo star uploaded it on Youtube back in March.