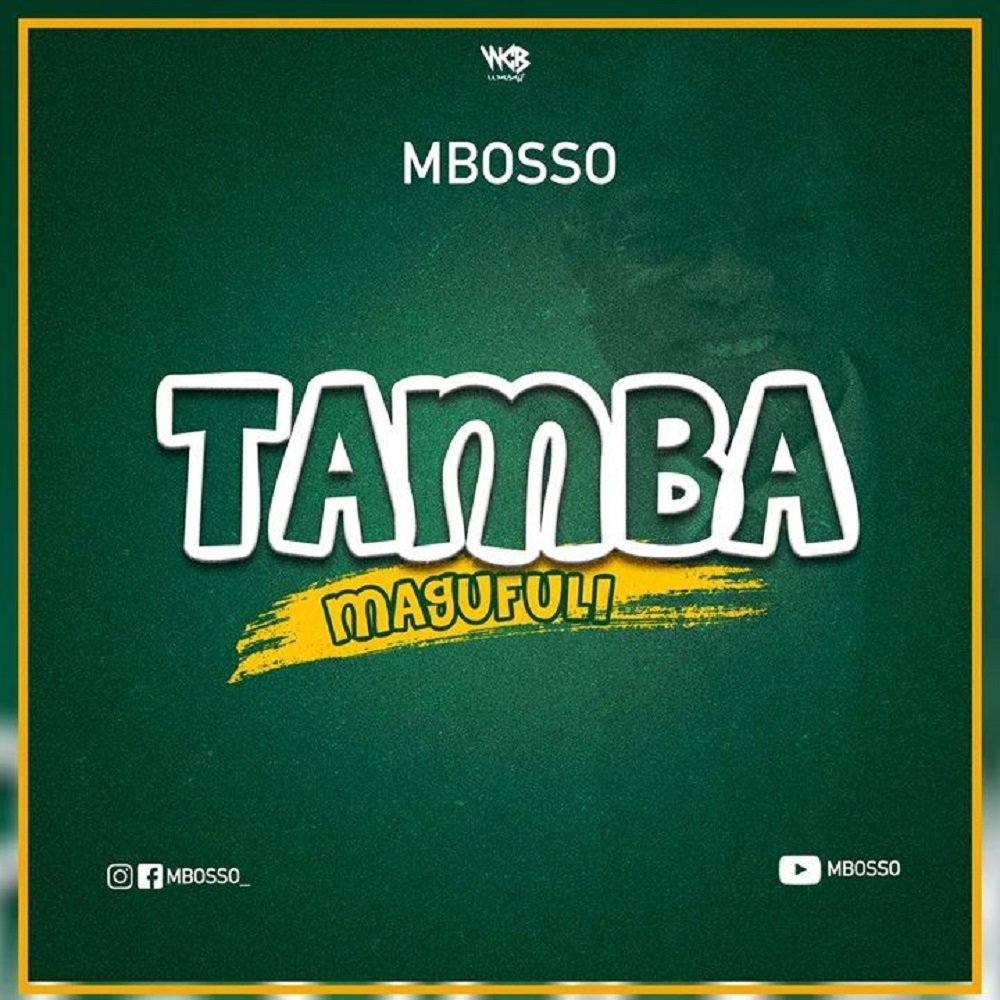 “Tamba Magufuli” is a bongo song recording by famous Tanzanian musician, the songwriter and singer Mbosso. The record was dropped as a single on the 13th of June 2020. The song features vocals from Mbosso and himself alone he featured no one like most of his songs. This song has been picked by us as one of the top bongo songs of June.

Mbosso is a well-established music artist in Tanzania and even East Africa as a whole. He has released and featured on quite a lot of songs speaking of his works in 2020 so Far. Most is one of the biggest artists on Diamond Platnumz label WCB Wasafi and over the years he did nothing but prove himself a world-class singer and songwriter looking at the hits he has created and helped the Tanzanian music industry grow with them in East Africa. He has dropped yet another new bongo song and it is quite litt like most of his songs.

This song Mbosso Tamba Magufuli is a surely potential hit. I will tell you what I think of this new piece from the Tanzanian superstar, it has an upbeat tempo, sorry I mean high tempo which means the beat is fast which means it is a dance song and also filled with heavy instrumentals and the lyrics is typically the singers type of style mixing a jolly song with romance like he does most times. Either way if you are wondering will you like it? Well, I honestly guess you will. It has 100k streams already on youtube and that is the audio visualizer on YouTube.