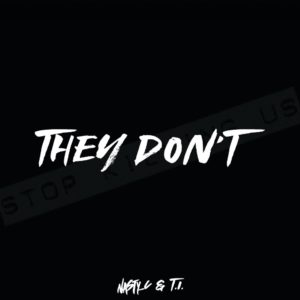 “They Don’t” is an hip hop music recording by popular South African singer and rapper Nasty C. It was released as a single on the 6th. Of June 2020. The song was a collaborative effort with prolific American rapper T.I

Nasty C has been called the hottest rapper in South Africa and even African as whole. He steadily keeps making those hit records and getting the attention of everyone either locally or internationally he conquers all. This particular song was teased weeks ago in the media as fans and critics couldn’t wait to get their hands on it as you would expect everyone was curious because we all want to know what kind of perfection they created together. This song has been added to our collection of Nasty C Songs on our platform.

As to how good Nasty C They don’t is? Well, I must it’s pretty good for a rap song because of the bars, rymes and lines were all over the place. You should there is a lot of singing and melodies with T.I throwing more of bars about racism in America and the death of George Floyd I’m not even that big on rap music but had no option than to Stan this. So if you are a hip hop head chances are you will be impressed, nice and hard lyrics is all I heard and also I think this should be getting a music video soon.

Stream And Download Nasty C They Don’t on Apple music