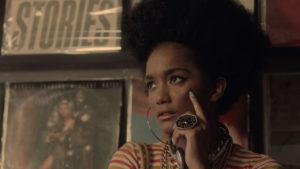 Here is a curated list for this month’s edition featuring the top Kenya songs 2020 released in the month of May. The Kenyan music industry may not be as busy as Tanzania’s or other Major African countries, it is still an industry with a lot new music releases mostly from rising stars and their major popular music acts. This month saw to a few interesting songs released from Acts like Sauti Sol, Willy Paul and many more. Like we all already know the music scene in Kenya is totally diversified by several genres from soul,r&b,hip hop and other pop and alternative sounds.

We have collected this songs together for you based on our judgement and our picks for the best songs released, and also using their popularity since release, when we speak of streaming numbers, digital downloads and all around social media buzz. Enough of the talking let me share with you the new Kenyan songs AfroHits Magazine believes you should add to that precious playlist of yours.

List of the new Kenyan songs 2020 released in May:

Many of you know Willy Paul as that artiste that does everything, from gospel music to pop music or whatever it is that is reigning, Willy have got us an interesting song here inspired by the Ghana dancing pall bearers meme. Music video released 2 weeks ago i suggest you may like this one.

Here is song going on about to be a hit in couple weeks time, the numbers this song has been generating since release shows its got that thingy most Kenyan pop music fans like, amazing beats with good vocals i recommend you will like.

Anything that comes from this band is always a hit, the song released couple days ago with music video have gotten most East Africans attention, do you love romantic music sang in Swahili? Well  i bet this is what you want to hear for the month. Well its no surprise this amazing piece made it to the list of the top 10 Kenyan songs released in May.

Street music has been what is dominating Kenyan music for years now with several hits dished out since 2018, we have another one here, released not long ago, its from the group Mbogi Genje, song titled Bloody War gives you the idea of what the song is about, if you are fan of Kenyan hip hop music, this is for you

This became an instant hit almost immediately after release, with music video moving close to 2.5 million views in less than a month, you can surely tell this is a very commercially successful song in Kenya. Its an hip hop song from the talented artiste Rostam his fans are proud of him for sure.

Here is one of the best Kenya music releases for the last month of May, its got that Afrobeats dance-hall vibe. You can clearly tell the female pop music maker is very brilliant. With the help of Benzema Noti Flow created a master piece for the fans. Personally for me this is high up on the list of the top Kenya songs 2020

Here is a brand new song from your fovourite Kenyan Diva Sanaipei Tande, she is one of those female artist holding it down in the Kenyan music industry as she finessed a very dope beat with her amazing vocals and lyrics.

With hundreds of thousands of streams on the internet in a few days we can surely tell the people are loving this King Kaka latest single, he features the one and only Pascal Tokodi and together they must be happy their hard work is paying with these results. This for sure one of those trendy new Kenya songs 2020 for the month of May.

Released last week and song has got hundreds of thousands streams from fans, Maandy did a nice job by gathering these fellow Kenyan hip hop artistes as they created that perfect geng music with the the golden hip hop touch.

Blaklez – The Truth About Us ft. Zano