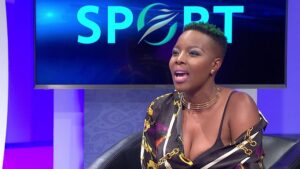 So this new record from the popular singer Nomcebo Zikode is what her career needed and she did a good job bringing herself back with this top release, it is an Amapiano record with the touch of house music, Master KG who is considered a dear friend of the Nomcebo contributed to the song as a producer and fellow song writer, they both worked together on that popular song Jerusalema which currently is still trending worldwide, they did a nice job on this one too. Nomcebo Zikode Xola Moya Wami lyrics are great and so is the beats.

Check AfroHits.net daily as we do our best to curate and recommend you the top and best new African music releases, from Amapiano to Bongo music and all SA Music and afrobeats music releases, SEE MORE NEW MUSIC BELOW