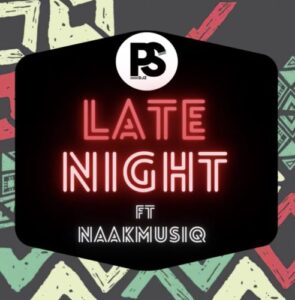 “Ps Djz Late Night Mp3 Download” is an Afro House song recording by top South African disc jockey, musician and songwriter Ps Djz. The song was released on the 28th if August 2020 as music single. The song features another top South African singer NaakMusiQ. And we have selected this song as one of the top Afro House records released in the past week.

We all know NaakMusiQ is one of the best Afro House and R&b music geniuses in the country and its been quite a while we have heard from him and i will say he went all out on this one, this is a sure check out.