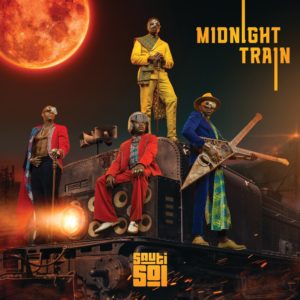 “Suzanna” is a r&b song recording by top African music band Sauti Sol. Taken off the group’s recently released Midnight Train album so it is named . An album which within 24 hours have garnered a lot of streams and popularity in the media.

Like i mentioned above somehow somewhere we have heard about this particular album several times in the media for months. One might say it was hyped and was quite longed for by several rhythm and blues and soul music fans in Africa. Some critics were even saying the album is probably over-hyped and won’t be as good as the band and their team have claimed it would be. But they have literally proved all these critics wrong.

Suzanna is sure my favorite track off this album and i am quite sure it is the favourite of many other fans too looking at the streaming numbers. Some might say Sauti Sol outdid themselves on this one with perfection and total attention to detail.