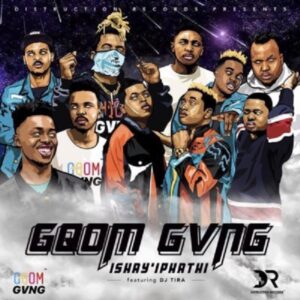 We present you with a list  the top Top Gqom Songs 2020 October and September In South Africa we curate every single month to show you our dear Afrohits.net visitors. On this month’s episode we will showing you a few Gqom songs or that we at least consider have Gqom vibes that are actually popping mainstream and the ones doing their magic underground too. Many believe Gqom’s reign is gone and that may be true but believe it or not there have been quite some Gqom tunes released this year that were hits and sure bangers even with the demise of the club scene due to Covid-19 those songs still managed to get their ways into the fans hearts.

These Are The Top 10 Gqom Songs In South Africa In October 2020:

Q Twins Comes through today along with this brand new single, which is tagged Laba Abantu featuring Ntencane & DJ Tira. The song is off the “The Gift Of Love” Album project.

Malumz on Decks – Where Is the DJ ft. Khanyisa

The talented record producer, Malumz on Decks comes through with this classic number titled “Where Is the DJ” featuring Khanyisa. One of the hottest and top Gqom songs 2020 September

DJ Tira celebrates his anniversary with an incredible soundtrack he called Baba Ka Mosh, the new song features Mampintsha.The song is taken off his latest project titled 21 Years of DJ Tira. This is one of the best and top Gqom songs in South Africa right now