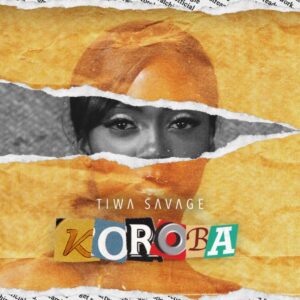 AfroHits Magazine presents you with a new curated list of the top Nigerian songs released in the past week. Below you will find a properly curated list of song coming from your favorite artists, the selected song are picked based on their performance on digital platforms since release and it is not in any particular order.


African pop diva Yemi Alade soars to new heights, commanding positivity with “True Love”, a Vtek produced tribal dance anthem which serves as the second single from her forthcoming fifth studio album.
“Boyz” is a racy up-tempo affair produced by Vtek, and marks Alade’s first official outing for 2020 and starts a new era for the diva. The Africa championing diva celebrates the male gender on the new high octane number. The record got a colourful and performance charged music video which stars Afro-pop star Seyi Shay directed by Paul Gambit.


DJ Ecool knocks on the door of the one he love with a soft melodious record that rejuvenate his remark on the mainstream.
Recall, Ecool’s 8-tracks project ‘New Side‘ EP has been accumulating a massive numbers of streams on all DSPs (digital streaming platforms) as he begins a new journey.


“Abaracadabra” released by Moves Records is BOJ new single featuring African Afro-Pop star Davido and leader of Banku Music, Mr Eazi. This record his a follow up to his previously released single ‘Assignment‘. [url=https://afrohits.net/south-african-amapiano-music-mp3-download-fakaza-new-amapiano-songs/]Amapiano music download[/url]
BOJ has a way of seducing his audience with his soft amazing vocals. It makes you want to listen to him over and over and interestingly, it never gets boring. For this new record “Abracadabra” he brought in the Baddest artiste in the music game, Davido and Zaga dat Mr Eazi who added blazing pop vibe to his soft vocals so his fans can have something light to dance to and groove.
CHECK:  Loyiso ft Langa Mavuso - Intliziyo


Crayon is turning up the heat with his new single, ‘On Code’. The new track closely follows the instant hit “Sometime” which is fast gaining airplay and popularity on major digital platforms. The track “Sometime”, engages the listener in an auditory experience; its rhythmic beats coupled with Crayon’s impressive vocals, pleasurably tickles the senses. The Mavin Records signee recently celebrated the one-year anniversary of his debut project, Cray Cray which has since amassed over 10 million streams across all platforms, his [url=https://afrohits.net/afrobeats/][color=#000000]Naija Afrobeats music[/color][/url] style may not be as popular as Rema’s but he is getting there. Ready to take over the airwaves, this record further secures Crayon’s title as the ‘Golden Boy of Afropop’


What Type Of Dance” (WTOD) performed by Mayorkun, Naira Marley, Zlatan host by DJ Kaywise C.E.O Kaywise Entertainment is the latest tune on the street. He serves us this offering as a Birthday gift to celebrate the new year with his music fans & lovers of his Mixtapes.
“What Type Of Dance” (WTOD) is a follow up to his buzzing Mix – ‘Amapiano Mixtape‘ and his record with Jaido P ‘Sexy‘. The new dance track is produced by DMW in house producer, Fresh VDM and also Echo The Guru. DMW Afropop Star Mayorkun delivered a catchy chorus and lyrics, Marlian Presido, Naira Marley gave out his bad boy (no manner) attitude with Zlatan on the verse, addictive Back-up vibe and Catchy Ad-libs.
CHECK:  Gigi Lamayne - Slaap Tiger ft DJ Tira, NaakmusiQ


“Koroba” delivered by Tiwa Savage…. With ‘Dangerous Love’ still basking Africa’s No.1 Bad Girl serves us another potential Hit! This time around she teamed up with producer, London.
Produced by Cracker Mallo and recorded in Tiwa’s home city of Lagos, Nigeria, “Dangerous Love” is the perfect blend of R&B and Afrobeats. With a powerful, enchanting chorus and silky ‘afro’ beat throughout, the mid-tempo record is a representation of Tiwa’s musical growth and preview to her upcoming project. ”Dangerous Love is such a vibe! It’s a song that is basically about a girl who is dipping in and out of a ‘relationship’ with a guy that really doesn’t deserve her time or attention. She knows that he is bad for her but she gambling with her heart anyway.” Says Tiwa Savage. “I feel like every girl and maybe guys too can relate to this one.”
CHECK:  Stilo Magolide - Madoko ft Kwesta


Oxlade our 2020 loved Mr Melody comes through with ‘DKT‘ (Dis Kind Thing). This new song is about to find it’s way to your R’n’B playlist, takeover and turn your favourite tune
In 2019, Oxlade featured alongside Sneakbo on Skengdo’s UK underground track ‘Brixton Boy’ and he performed to a crowd of approximately 20,000 at the world famous O2 Arena in London at Wizkid’s Starboy Fest. With the aim of becoming one of the biggest music exports from Nigeria and the continent, with the release of his latest EP ‘Oxygene’ and with more new music, visuals and explosive live performances, it is evident Oxlade is well on his way to achieving all of his goals


Peruzzi surprises us with this brand new single “Lagbaja“… The singer who has been on the low for months now hits us with a different Vibe. Before he went on break he dropped ‘Cinnati Love‘ which was released with a free verses for music fans and upcoming music artistes to jump on, produced by Rexxie. And also a short body of work titled 3 (The EP). The EP consists of three (3) impressive new tracks; “D Side“, “Show Working” and “Reason“. It has guest appearance of British singer and rapper – Not3s.

Tresor – Dancing With The Moon