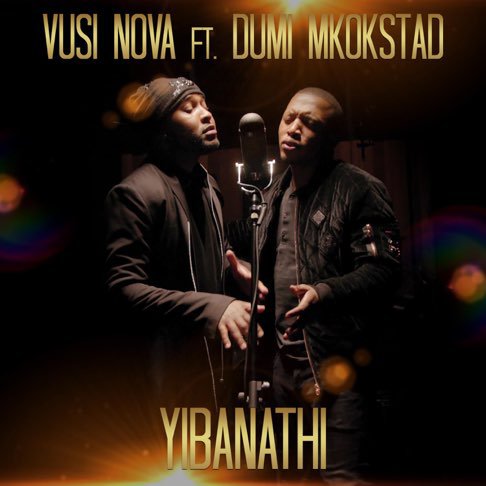 “Yibanathi” is a rhythm and blues soulful song recording by top South African singer and songwriter Vusi Nova. The song was released as a single on the 9th of July 2020 and it features vocals from South African soulful gospel artist Dumi Mkokstad. It’s been trendy on all the major music platforms in the country since release.

Vusi Nova I must say they I haven’t heard from him in a while, I mean after that 2018 hit where he sang about South African legends I haven’t really been caught up with his new projects, actually I think it’s that he’s not released anything major since. Well, that seems to have changed with the release this new instant hit where he sang his heart out and fans are loving it. On this same track he works with another top South African soul music maker, a gospel music singer in fact Dumi Mkokstad, leading us into confusion, is this a gospel song or just another secular Soul music? Either ways I don’t think the judgement is up to me, I will leave it to you guys to decide yourselves.

You want more facts about this song? Well here are my two cents and facts I have gathered.

At the time of writing the song Vusi Nova Yibanathi is currently topping Apple and Itunes charts in South Africa.

The song is basically dope if you are a R&B Soul music consumer let me just say your food is here, I totally promise you will like this track. It’s a brilliant one from the combination of two masterminds.

With amazing vocals that are properly mixed coupled with those melodious instrumentals, or should I say beats? Either way I am telling you this songs is a good song to check out.